Studying the behavior of electrons and photons, we can justify any visual phenomenon with the help of interactive technology.

Understanding the physical concepts is easy for any student.


The bold idea of Democritus

The bold idea of Democritus that matter is consisting of infinitesimally ingredients, may sound obvious to our individual time, but it was one of the largest seizures of the human mind
In 1980 Richard Feynman addressing to the audience of congress of Physics in Chania, Crete in Greece asked:
What scientific proposal must be salvaged after a flood, which would cover all the earth?
And the answer was' The material is consisting by atoms which are in constant motion’
Democritus did not think only that the material is made up by the basic ingredients that do not intersect, which he called atoms. He also tried to interpret properties and phenomena such as taste, smell based on the properties of the individual atoms.
What we seek in modern physics is nothing more, only this time we have the experiment as the mainstay and the final judge.

The simplicity of nature should be sought, not in discovering by our senses, it can be discovered with entities which are remoted from our direct observation.


Such entities are the photon and the electron. If we carefully study their behavior we will be helped to explain several natural phenomena and make them understandable to our students.


The following suggestions are examples of several cases of microscopic interpretations of certain natural phenomena, some of which I will show you:
SUGGESTIONS:

1)From the particle of matter and field to the material body and field.
2) From the motion of the particles to the electrical current and induction.
3) From the density and distribution in space to the mechanical properties.
4) From the thermal motion and shock to the Temperature and Pressure.
5) From the vibrations to the waves.


The Photons are here to stay and they are the creators and the masters of the universe.

We can read at the book of Giorgos Grammatikakis ‘The autobiography of light’ in paragraph 4.2

The Photons are here to stay, they are creators and masters of the universe. p. 199
I could say that ‘I envy the light because light has no age’

One of our leading Greek artists, Nikos Hadjikyriakos-Gikas, gives typical properties in
colors


In the beginning Planck thought that the quantization of thermal energy is due to the vibrations of atoms, without mentioning anything for particles.

In 1905 Einstein informed us that: All forms of electromagnetic radiation consist of quanta. The quanta are the deeper texture. The same light is composed of infinitesimal (infitasimol) quantities of energy quanta, later named photons. The light is like a stream, a rain of photons.
The theory of Einstein says' when a light beam spreads from one point to another , the energy is evenly distributed, but it consists of a finite number of energy quanta, which move indivisibly and can be absorbed or produced as a whole.
Because the constant h is very small we hardly apprehended by the mind the number of the photons are.
An ordinary electric bulb, power 100W, which lights for 24 hours around, will emit twenty trillion of trillion photons. This mean, one-digit number followed by 24 zeros!

The photon has zero rest mass but because of the constant motion, the photon gains mass and a fixed energy. Precisely this mass causes the curvature of light under the influence of gravity, which was the triumphant confirmation of the general theory of relativity. Gravity acts on a photon, but gravity cannot compel it to move faster or slower.
Sel.127
Leonard Shlain says that 'an endless invisible electromagnetic network has quietly spread over the humanity. Wherever you move, wherever we go, we are immersed in this gossamer veil which cannot see, taste, smell or hear. It seems like it travels uncontrolled in to our bones, heart and mind. Every cubic inch of space on our planet is alive by the sparkling dance of the crossing electromagnetic waves.

The force describes an interaction between the particle and the field.
Subatomic particles interact in four different ways.
gravitational
electromagnetic

strong
weak
Each particle emits field particle, and it is like yielding ’ I am here’ without losing energy.
It is something unusual in common sense, but it can be explained with the aid of Heisenberg principle and the mathematical treatment dE dt> h +++
This reminds me the painting by George Iakovidis where the children are declaring their presence.
This is the painting where the Jocularity is the "Children's Concert" (1896) where three boys 'din' grandmother with drum, harmonica and trumpet, while the girl in the back is enjoying the scene. Satisfaction is noticeable, is the children’s faces due to accomplishment and this opposition between the grandmother’s and the children’s emotion creates an active and humorous issue.

Here we can see a Feynman diagram, which is followed by Richard Feynman’s signature, a dedication to the Greek physicist Grammatikaki.

VIDEO VIRTUAL PHOTON
An electron A emits a photon absorbed by another electron B. This is the electromagnetic repulsion between two electrons. When the electron A ‘throws’ a short living photon, A must exert a force on the photon. A will experience an equal and opposite force causing A to move away from B.( according to the third law of Newton) When B catches the photon will experience a force away from A. This model explains how two particles interact each other, cause them to attract or to repel.

The graviton is investigated in modern experiments.

It can be said that the greater the mass of a particle, the smaller the range of the interaction.


We will discuss some cases, where the use of a representative point or particle will help us to teach some physical phenomena.

From the motion of the particles to the electrical current and induction.


Electric Current
The electron was found by Thomson approximately 1900 and since then acquired the leader in the universe --the guest star of the universe as Greek physicist Andreas Kassetas mentioned. Almost everything in physics, many natural phenomena can be explained by the study of the behavior of the electron.

The micro-depiction we have about the electricity is an extremely hesitant procedure. This procedure is followed when a cable sockets. In fact it is slow moving electronic gas.

This represents the whole process and we imagine a representative electron which moves through the wire and this enable us to approach the process of propagation of electricity.


From the thermal motion and shock to the Temperature.


In solid-state physics, phonon is a quantum of lattice vibrational energy.in analogy to a photon (a quantum of light), a phonon is viewed as a wave packet or a particle with its properties (wave-particle duality). The way phonons behave determines or affects various properties of solids. Thermal conductivity, for instance, is explained by phonon interactions. Phonons also provide the basis for understanding superconductivity in certain metals.

( recovered from http://www.answers.com/topic/phonon in 31/12/09)
We can read in G.Kalkanis’s book about the Education in Natural Sciences on the page 177, that

In solids the heat flows mainly with electromagnetic waves and free electrons move from places with higher temperature to places with lower temperature .
Moreover, the microscopic interpretation can be completed if we think that:

The molecules that make up the structure of various materials do not touch each other, they interacts electromagnetic exchanging photons, because of the thermal micro-movements of the molecules. They also exchange photons when those atoms of the molecules of the solid are excited or decayed .


Furthermore from the book of Kokkou S., "Structural Properties of Materials, Volume A, 2003-2004 University print shop we can read that
The Bardeen, Cooper and Schrieffer proposed a theory of superconductivity, which is in complete agreement with the experiment.
According to that an electron passing through the adjacent ions in the mesh, can react with drag ions according the Coulomb forces. The electrons after this reaction increase their momentum.After this the electrons can move slightly together. This region with the growing density acts like a wave carrying momentum through the grille. Here we can say that the electron has emitted phononio! A next electron which passes through the place of the moving grill of ions with the increased density will feel an attractive Coulomb interaction and can absorb the momentum. We can say that electron absorbs phononio. So the electrons have exchanged an amount of momentum with each other by exchanging phonons. The interaction is an attractive interaction. It is like the following electron to pass through the virtual traces of the grille of the primary electron.
The BCS theory shows that in certain circumstances, the attraction between the 2 of electrons through a subsequent exchange of phonons, may slightly exceed the (protected) Coulomb repulsion between them. Then the electrons will be weakly bound together and form a pair of Cooper.

Sometimes when we deemed that it is appropriate, we simplify the detailed micro- movements of electrons and photons by constructing virtual entities. These fantastic photons and electrons help us understand some natural phenomena, which in other circumstances would have been impossible to explain them.


The order of the dynamic lines in the right place lookalikes as we can see lookalikes as that we would create if we placed two charges with the size of point . The space is separated into two independent, the left and right. The electric field on the right is the same without us care what happens to the left.

The scientific software which I used, it comes from the laboratory of science, technology and environment section of pedagogical department P.E. of the University of Athens.
Director: Professor G.Kalkanis

It is created according to the scientific laws and we can use it as an educational material.

micro-kosmos.uoa.gr
if you select Efields
.

The center of mass is a representative point

The following procedure is more common in mechanical physics.
The center of mass is an ideal point where we believe that body mass is concentrated and acted a total force. With this approach we are not interested in the movement of individual parts of the body (a handful of sand) or the result of the influence of power in it, but we can elevate our study throughout the body and consider only the center of mass.


From the vibrations to the waves.

As I promise you we will try to explain macro-phenomena with the study of micro-movements and interactions.
The study of vibration of the molecules of a elastic mean informs us about the behavior of the whole mean and how the waves are created.
Each molecule performs simple harmonic motion and over time we can see in this video the wave smooth motion revealed. 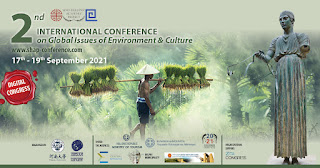